Click the link to book your appointment with us 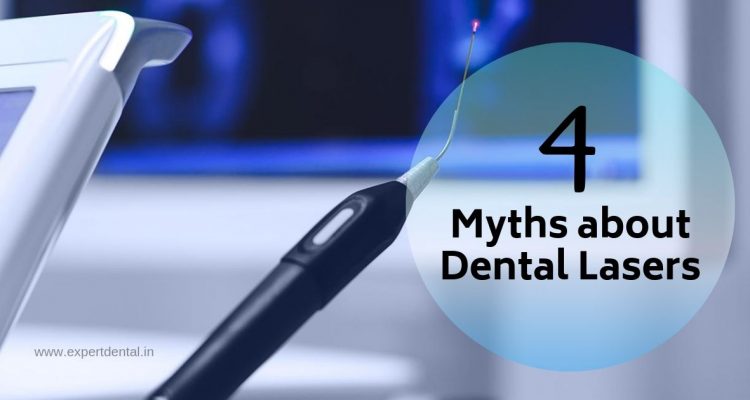 Although dental lasers have been in the market for a long time, it is just beginning to fulfill its true potential. Unlike before, today’s dental lasers are better than ever. But there are several myths that surround dental lasers and the treatment involving dental lasers. These myths make several people weary on laser dentistry and as a result, they do not accrue the real benefit what dental lasers can bring about. Here we debunk the 4 most common myths about dental lasers.

Myth-2: Not all Laser treatments are Anesthesia-free

Reports show that about 95% of the procedures can be performed anesthesia-free using lasers. But sometimes some patients request anesthesia as a way to reduce their anxiety before the procedure. Newer advancements in Laser dentistry allow for faster cutting at low settings and computerized controls to optimize the laser beam for different procedures.

Myth-3: Lasers can expose you to radiation and cause cancer

Lasers use amplified light and not harmful ionizing radiation. In general, lasers are not harmful and mostly behave like ordinary light in their interaction with our body. In fact, sunlight causes more harm than dental lasers. Most modern lasers use the selective photo-thermolysis which completely eliminates the risk of burns caused by lasers.