Click the link to book your appointment with us

Is your gum bleeding when you brush?

Home Is your gum bleeding when you brush? 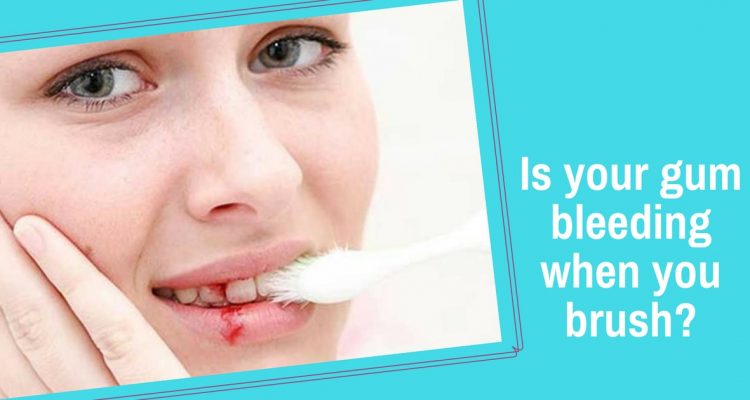 Some people might panic the moment they see bleeding gums when brushing the teeth. While there is no need to panic, it definitely should set an alarm bell ringing in you and you have to take your oral health seriously. So what are the reasons that can cause your gums to bleed?

A New Toothbrush Can lead to Gum Bleeding

New Flossing Can Bleed your Gums

Some people are not regular in their flossing habits. If they have a break in their flossing habit for a few days or weeks and then resume flossing, the gums might bleed. This bleeding, however, should stop when you floss continuously every day. Dr Sravanthi says that flossing to get rid of the plaque and food particles in between the teeth have to be developed as a habit like brushing your teeth. The top dentist in Chennai comments that flossing needs to be done diligently every day.

Gingivitis can cause Bleeding Gums

This is the most probable reason why your gums are bleeding. It is gum disease in its nascent stage. It has affected the gums due to the accumulation of plaque between the teeth and your gumline. As a result, your gums have become sensitive. This sensitiveness causes the gums to bleed the moment you brush or floss. Your gums would appear swollen and would be tender if you have gingivitis. You should consult your dentist immediately and confirm if you have gingivitis. If it is indeed confirmed your dentist would do professional dental cleaning and prescribe the necessary medications. Dr Sravanthi also says that regular dental checkup goes a long way in preventing gingivitis from happening in the first place.

Some Medications can cause Bleeding Gums

Some blood-thinning medications, anticoagulants like warfarin or heparin and antiplatelet drugs like aspirin can cause bleeding of gums. Prolonged usage of these blood thinners can cause bleeding of the gum. These drugs make your blood not clot easily and this is the reason why they cause easy bleeding on gums.

Pregnancy can cause Bleeding Gums

Some pregnant women might have swollen gums and might experience bleeding gum. This is termed as pregnancy gingivitis. You can visit your dentist to confirm if it is due to pregnancy only.

What to do if your gums bleed during brushing?

Simply ascertain if the bleeding is due to the aforementioned reason. Dr Sravanthi, a leading dentist in Chennai, says that a visit to the dentist should put to rest every doubt. She opines that the dentist would be able to tell you the exact reason for the bleeding. Whatever precaution or prevention methods your dentist prescribes you, do them religiously to avoid gum bleeding.